This time of year, people set resolutions with good intentions, but their lofty goals often get abandoned.  Does it need to be the fate of our goals?

Today, I talk with my friend and my Life-Spark, LLC business partner, Jay Elkes. After a long career as a software developer, Jay has switched to thinking about systems that make life better. Recently, he blogged about one of his key strategies on his personal blog, and I’m excited to share his thinking with you.

Jay, your article focuses on a topic we are both interested in — achieving goals, which you’re taking it one more step to maintain the result.

That’s right, Janna. Anybody can set a goal.

Many people can achieve it. When it comes to lifestyle goals, the real challenge is maintaining the results.

About five years ago, I re-engineered my life to lose 35 pounds, and I’ve kept it off ever since. I did this over a period of six months without name-brand diet plans, medical supervision, or surgery. I didn’t understand what I had stumbled into at the time, but I recently recognized the underlying principle to my success.

Why don’t we, Jay, start with the moment you decided to take action? What was going through your mind?

In April, 2011 I wanted to lose some weight . I lost a couple pounds right away, but then I started coasting. Over the next six months I lost another six pounds. Any progress I made was quickly overwhelmed by moments of celebration.

By the end of October, I realized that at that rate it would take me years to get to my target. I decided to make it a formal goal, complete with measurable targets and a plan. I wrote out the plan in a Moleskine pocket notebook that I still have today.

So what did you decide?

I set a specific target weight to achieve over a period of three months and outlined what I was going to do to achieve it. This was a classic SMART goal and I used every trick I know to make it happen.

I have used SMART goals before and after, but this was one of the clearest examples I’ve seen. If you look carefully, you’ll see that I missed the target by a couple months.

Was that a problem in this case?

In this case, no. Nobody else was depending on my result and I was pleased with my progress. The real issue would come later. Anyone can set a goal, and a lot of people can achieve it. I knew from the start that I could reach my target weight, but the real goal was to maintain it long term.

Exactly. If you want to visit the Grand Canyon, you can do that, check the goal off as done, and pick another destination for your next trip. Reaching a target weight is a great feeling, but it’s just another data point on a graph of maintaining health. I waned to change my life to maintain that weight. Today, almost five years later, I wrote about my success and why I’ve succeeded this long.

Let’s not get ahead of ourselves. What exactly do you mean by success?

When I checked my weight this morning, the scale reported 153.8 pounds. For my height of 5’9″, this maps to a body mass index of 22.7 — perfect according to even my fussy primary care doctor whom I see once a year for a checkup. Even better, I’ve maintained that weight since ending a diet that dropped 35 pounds in 2011-2012. What I realized this year is that back then, more by dumb luck than insight, is the master key to long term success.

I’ve known you long enough to see the result. If willpower wasn’t the answer, what did you do?

I began with exercise. mostly walking…

Yes! I remember, you shared this with me.  I also remember that I asked you “How did you make it, Jay?  And you said:

Walking  is a two-step process: you take a step with one foot, then a step with the other, then repeat five thousand times (for 10,000 steps) a day.

This took willpower at first, but after a few weeks it became habit and finally I enjoyed it. If I miss a day now, I regret it. I also know that one hour at a fast food restaurant destroys several hours of exercise.

Losing weight is 20% exercise and 80% diet. About half the diet effort is cutting out the stupid habits.  First, I cut from my meals (and my snacks) the items that were totally self-destructive. A burger, fries and coke can provide 1700 calories in a meal. Replace that with a grilled chicken sandwich, a small salad and water and your calorie count is at most 600. I used willpower to make good choices until good choices became a habit.

Then you recommend both diet and exercise?

Correct diet can help you lose weight, correct exercise will make you fit. Weight control and fitness are two separate but related goals. If you want both results, you need to do both.

You’ve already said that willpower doesn’t do the job. What’s the missing piece?
What I didn’t catch at the time was that over time I went from applying willpower to adopting healthy habits, and from there to craving them. Lots of walking became a habit, then a reward in itself.

Do you have any tips on the diet side?

Use your willpower to fight the biggest problem. For me, it was too many calories in liquid form. The most effective rule I had was don’t drink your calories. Today, I’d say make a habit of not drinking your calories.

So, what’s wrong with willpower?

When it comes to goals, willpower eventually loses to the power of won’t. Buddha said “In the confrontation between the rock and the stream the stream always wins, not because of strength but because of persistence.” 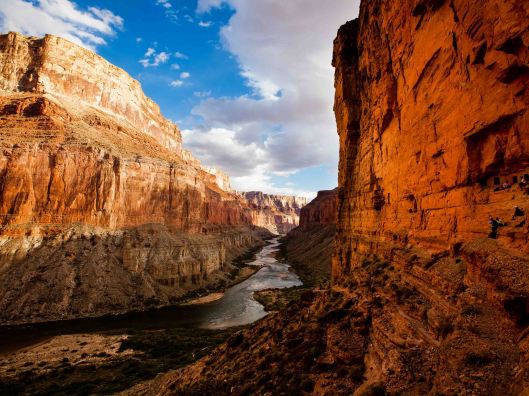 So you need both willpower and habits?

Think of it this way. Use willpower like tinder to start a fire. Use habits like firewood to keep it going long term.

Thank you Jay. Where can my readers can get more inspiration from you

I blog at  https://jayelkes.wordpress.com/ and tweet as @jayelkes. You can also look for me on LinkedIn. You can see my blog post on this topic here.

Make a New Year’s Resolution to change your habits and use your willpower to get the process started.

Hey, Jay!  Why won’t you show us  your trick with the belt?

O! This is my favorite!  In 2011 this is the belt I was wearing, and it felt uncomfortably tight! I’ll let the result speak for itself.

Be the stream. If you want help plotting the course of your stream, we can help.