Love is Never Past Tense might seem to some as a historical fiction, but it is SOOOO much more than that! Based on true events, you can’t wait to see what happened next to Janna, only to be left wanting more.
The book unfolds as an old man reminiscences about his first love, whilst doing the UNTHINKABLE! You can’t help but be shocked and appalled. Then, after years apart, the two former lovers reunite. A gripping tale follows, revealing human nature’s true colors in times of depravity, mayhem and struggle. But does their love story continue after all that was said and done? You will have to find out!
The book is well written by the Protagonist, in several catalysts, broken up in several parts, and delivered in several POV’s. The four parts of the book flow effortlessly. The mix of history lessons, teamed with romance, action, mystery and drama, just works! This book gets a well deserved 5 stars and I know that soon this book will qualify to for a Guild Review.

How could he possibly know that she, a complete  stranger, would inexplicably affect his life and be with him forever, whether she was at his side or  not? Drawn together in Russia on a romantic Black Sea beach, Serge and Janna fall headlong in love and rush into marriage. Their divorce months later leads to years of “if only …” Pressured apart by family and fate, they repeatedly cross paths, never
quite reconnecting, never quite letting go.
He faces Soviet corruption and self doubt, his life falling toward disaster. She pushes out through Soviet bureaucracy to safety in America. As they build separate lives and families, their destinies,
shaped by post-Soviet political intrigue, collapse into a struggle for their very survival, and dreams of a better life. Years later, distant memories of young, passionate love spawn emails that lead to  international calls reviving an intimate, romantic connection.
They meet in the town they first met. It was as if they had been apart only a day.

“How did you end up abroad?”  And the story of her unbelievable exodus follows; an exodus from a crumbling country with her child, her elderly mom, and $126 in her pocket that she was allowed to exchange… 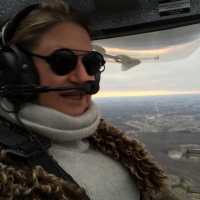 Janna Yeshanova, MA., MEd, ACC, founder of Life-Spark, LLC is a dynamic and powerful life coach and trainer. Compared to the Energizer Bunny by one client, Janna leverages her passion and engaging style to help others spark the possibilities of their lives.
Originally from the former Soviet Union, Janna escaped to the United States when persecution became violent during the crumbling of the Soviet state. Arriving in the United States with her mother and daughter in tow, $126 in her pocket and  knowing not a soul, Janna’s talent and experiences have helped her become a premier trainer and personal coach.
While in her former country, Janna acquired her Master’s Degree from Moldova State University and received a national award from the Minister of Professional Education in Moscow for outstanding work with her students. Upon arriving in the United States, she added a second Master’s Degree in Applied Behavioural
Science/Organizational Training and Development from Wright State University. 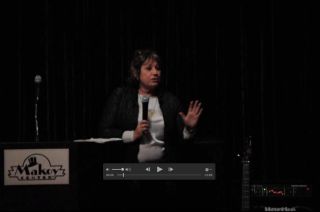 For many years Janna taught and trained Conflict Resolution at Antioch University, McGregor School in Yellow Springs OH. When she and her family moved to Columbus, Columbus State Community College invited her to train at the Center for Workforce Development. At the same time, she consulted for various national and
international companies including Navistar International, NCR, Honda of
America, Mfg., Standard  Register,Lexis-Nexis and COSI. Her clients also include various government agencies and non-profit organizations.

Janna’s energetic, sparkling personality has made her a leader and sought after presenter at various professional organizations. She has been active as a Director of Marketing and later as a Director of Volunteers for ASTD Western Ohio Chapter; Dayton Mediation Center benefited from her skills as a certified mediator; she has been presenting at Toastmasters International as District Conference speaker. She also spoke at the Bosnia and Herzegovina International Peace Conference.

In 2009 and 2010, she took a sabbatical to consult in Russia and the Ukraine  and wrote and published a novel
that includes some of her biographical data. The English version, Love is Never Past Tense, was published in 2011. To learn more about this book and its sequels,  visit  the book website.
Whether coaching or leadership training, Janna helps clients develop critical skills to support happiness and success, personally or professionally.

All books in Janna’s Love Is Never Past Tense series:

“Janna Yeshanova has written her life story as a novel: a classic Russian tale of love, loss, betrayal and the eventual reunion of star crossed lovers set against the unfolding of dramatic political intrigue writ large. Beneath the adventure and romance is a deeper story of achieving your dreams regardless of obstacles placed on your way. Book website: http://www.loveisneverpasttense.com&#8221; The Jewish Council

“I highly recommend this book. Its’ story spoke to me and taught me lessons I almost forgot. But, then again, who can forget love blossoming, roads travelled, and love regained?” Lisa Singh, International mediator,facilitator,trainer, Dayton, OH

“Love is never past tense is a sensual love story set across contemporary Russian culture. It is inspiring as a reminder of passionate love beyond early youth.” Dorothy E. Siminovitch, Ph.D., MCC, Coach, Author, Conference speaker and learning consultant

“The world of this book is infinite, the theme is universal and there is so much to write about it… The breadth  of each part of the book is inexhaustible,  as well as the heroine – love by name Janna…” Nina Kachurenko, teacher, NY,NY

“Your book was a great read! Full of history, adventure and romance.
Anyone who’s faced struggles in life will enjoy it just as I did!  Love is
Never Past Tense…  inspires you to believe in yourself.” Jennifer Diltz, Massage
Therapist, Hilliard, OH
“The portrayal of Communist and post-1991 Russia is brilliantly done and made the story so much more than ‘just’ a romance.” – Amazon top 500 reviewer, Christoph Fischer
Letter of Recommendation
Emily Schuss – Director of Columbus Jewish Film Festival

Logline of the
screenplay.

Their hot summer romance leads to a hasty marriage, a quick divorce, and years of  struggling to survive the fall of the Soviet Union until the lovers find each other again from opposite sides of the ocean.